A heavily edited version of this piece was published in the Australian today, 25.11.15. Unfortunately, the edit required for the newspaper left out a paragraph explaining the title. So here is the unabridged version. 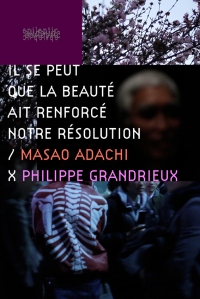 After events such as those we have just witnessed in Paris, it is tempting to say that the world will never be the same again and to a certain extent this of course is absolutely true. Certain dates or names are recoded by events such as these, resonating differently after such tipping points whenever another such point is reached: 9/11, Madrid, Mumbai, London… As we are seeing in Paris at the moment, however, events like these can bring about a determination to carry on as normal in spite of the apparent impossibility of doing so, and in Paris people are once again filling the terraces of cafés which were but a short time ago the site of horror. Far from being a refusal to face up to what has happened or merely symbolic, in doing this Parisians are sending a forceful message to the world, and in particular to the terrorists, that they will not be changed, that they will therefore not bow to the wishes of those who reject their values and culture. As a friend of mine in Paris wrote when letting me know she was safe: “PARIS sera toujours PARIS”.

A few hours before the attacks commenced in Paris, at 3am (AEST) on the morning of Saturday 14th, I finally stopped work on a chapter of a book I am finishing on French filmmaker Philippe Grandrieux. Grandrieux is, in my opinion, one of France’s most important and radical living artists with an uncompromising vision of the role of the cinema. His films are, in many different ways, very confronting both in terms of their aesthetic and formal construction and the subject matter they explore. For this reason, whilst they have enjoyed a great deal of critical acclaim on the festival circuit his films are not widely distributed and as a result not particularly well known. When I awoke to the news of the Paris attacks and heard commentators attempting explanations as to why this had taken place and comparing France’s integrationist model unfavourably in relation to Australia’s successful multicultural model, there came upon me a dreadful moment of absurdity and self-doubt. As a French studies scholar living in Australia, I thought, surely that was the kind of issue I should be working on to try and help, to do something useful.

And then, as I continued to watch the news, I saw the people return to the cafés and realised how wrongheaded that thought had been.

Perhaps I should have known better, after all, the film I had been working on that night was in fact deeply politically engaged, already part of the fight for freedom. The film in question was Grandrieux’s film essay on Japanese filmmaker and political activist Masao Adachi, the first in a series conceived by Grandrieux and French film scholar Nicole Brenez that takes its title from a line in Adachi’s 2007 film Prisoner / Terrorist, “It may be that beauty has strengthened our resolve”. For Brenez, the guiding light of this series comes from Schiller who considers that considers the work of art to enable in the observing individual a form of moral emancipation, since it provides proof that “beauty is delivered from all constraints and is nurtured solely by freedom”.[1]

There are a number of different ways that one could think about this in the context of the Paris attacks. For my own part, what this idea made me realise as I watched the crowds return to the terraces of the cafés in Paris is that it is not only politically engaged art that is part of this fight for freedom but all art, all culture. Paris’ terrasses de café are a deeply-ingrained aspect of French culture, as is music, as is football, and there was then absolutely nothing innocent or random in the choice of sites for these attacks. This was an attack on a culture that holds freedom as the principle to be valued above all other, an attempt to limit that freedom by suppressing these cultural forms through which freedom is necessarily expressed. As His Excellency Christope Lecourtier, Ambassador of France to Australia said in his speech after the one minute silence observed on 16th November in Canberra, this is a question of choice, “the choice of life, the choice of liberty, the choice of arts against the choice of death”. A similar point has been made forcefully in regards to music by Marie-Nathalie Jauffret in her recent piece for the Conversation France “La musique ne doit pas céder à la menace” in which she argues that the hostility towards certain forms of cultural expression in some factions of radical Islam should serve as a reminder of the fundamental link between the freedom of artistic expression and peace and thus as a clarion call.[2]

My knee-jerk response to the attacks that made me doubt for a short time the value of my work may simply have been symptomatic of a more general sense of the absurdity of life in the face of such senseless violence (something about which Camus, Céline, Ionesco and Picasso have much to teach us, in different ways). It may be the case, however, that I have started to internalise the discourse of the research environment in Australia (a phenomenon Foucault can help us understand) which has seen an increasing emphasis on key terms such as “impact”, “national research priorities” and “tangible outcomes” at the same time as a noticeable drift towards the funding of applied research producing pragmatic deliverables. If we look at the funding code in which cinema studies finds itself, for instance, the last round of ARC Discovery projects funded only four projects that set out to investigate digital lifelog photographs as effective memory cues, to improve the social skills and acceptability of future robots, to analyse utilitarian filmmaking in Australia and to improve creative software for learning and professional artistic practice.

I have absolutely no doubt that all of these projects will produce brilliant work and in mentioning them here I am by no means criticising them nor the decision to fund them – and for the record, I did not lodge an application in the last round so this is not simply a bad case of sour grapes. Likewise, I have no doubt that in many of the core humanities research codes we will continue to see in the coming years an increase in the number of funded projects turning their attention directly to issues of border protection and terrorism and I believe this is only natural and right given the times we live in. My concern, though, is that if this is the only kind of research that we conduct (or fund, as there is to a certain extent a correlation between these things), the terrorists will have won in any case, will have fundamentally changed our culture through fear, will have forced us to stay behind closed doors rather than return to the terrasses de café where we might reflect, learn, share, reaffirm and question what it means to us to be human.

It is in helping us to think through questions such as this that art and the humanities have a key role to play. The arts and humanities have the capacity to help us engage with the unthinkable, to open up alternative views that furnish us the means to respond to or think through the irreducible complexity of situations like this without imagining that there needs to be an answer, that there could be a panacea. At times like this when it is so difficult to understand what has happened, to know what to do, we thus need the arts more than ever. For this reason, I will not reinvent myself as a political theorist with intercultural expertise and I will finish my book on Grandrieux. In doing so, like the Parisians filling the terrasses de café, I do this in order to affirm that life carries on yet in the knowledge that life has also changed, but changed only insofar as my resolve to carry on is now only stronger, that beauty has strengthened my resolve.